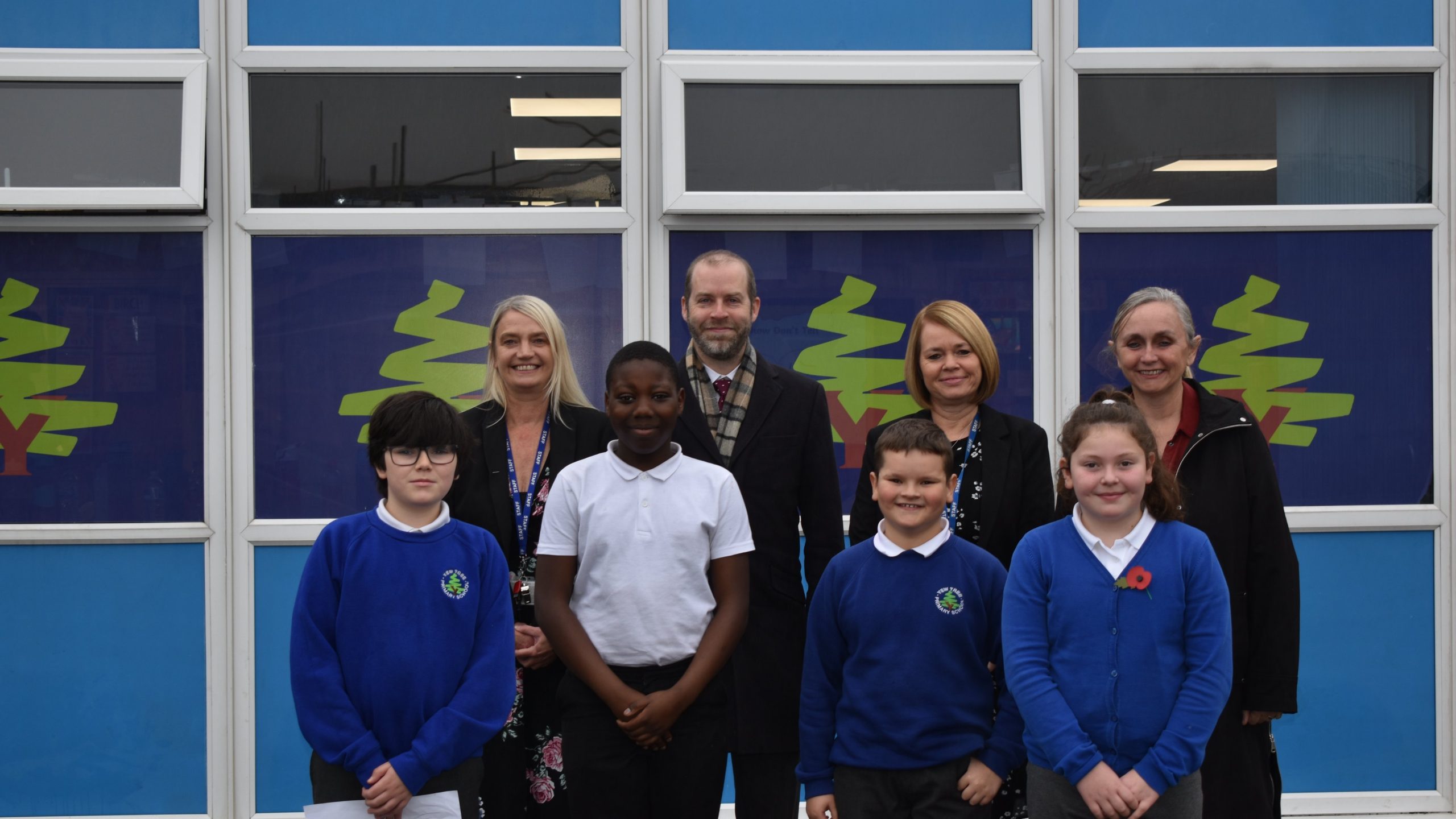 On Friday Yew Tree Primary School, Dukinfield had a visit from Jonathan Reynolds MP and Tameside Council Councillor Leanne Feeley. Suzanne Lomax and Janet Postlethwaite the Co-Headteachers at Yew Tree were on hand to show Mr Reynolds and Ms Feeley around the school.

Suzanne Lomax said, “We started the day by joining our celebration assembly and hearing about all the great work that is going on in our classes. A group of Year 6 children then took part in a Question and Answer session where they were able to put forward some questions on hot topics such as what were the MPs views on climate change and how do you become elected. After this we headed over to one of our year 5 classes to take part in a drama lesson and then over to a year one class to join their PE lesson. The children were eager to share their skills and even managed to get Mr Reynolds to show off his basketball skills!”

The day ended with a tour of the school, showing the changes that have been made to the site such as the development of the outdoor areas and the roofing project.

Jonathan Reynolds said, “I had an absolutely fabulous visit to Yew Tree Primary School with Councillor Leanne Feeley. It was wonderful to be able to meet and chat to the children, staff and governors and also to have a tour of the classrooms. Thank you to Mrs Lomax and Mrs Postlethwaite, the Co-Headteachers and indeed to everybody at the school for the lovely warm welcome we received.” 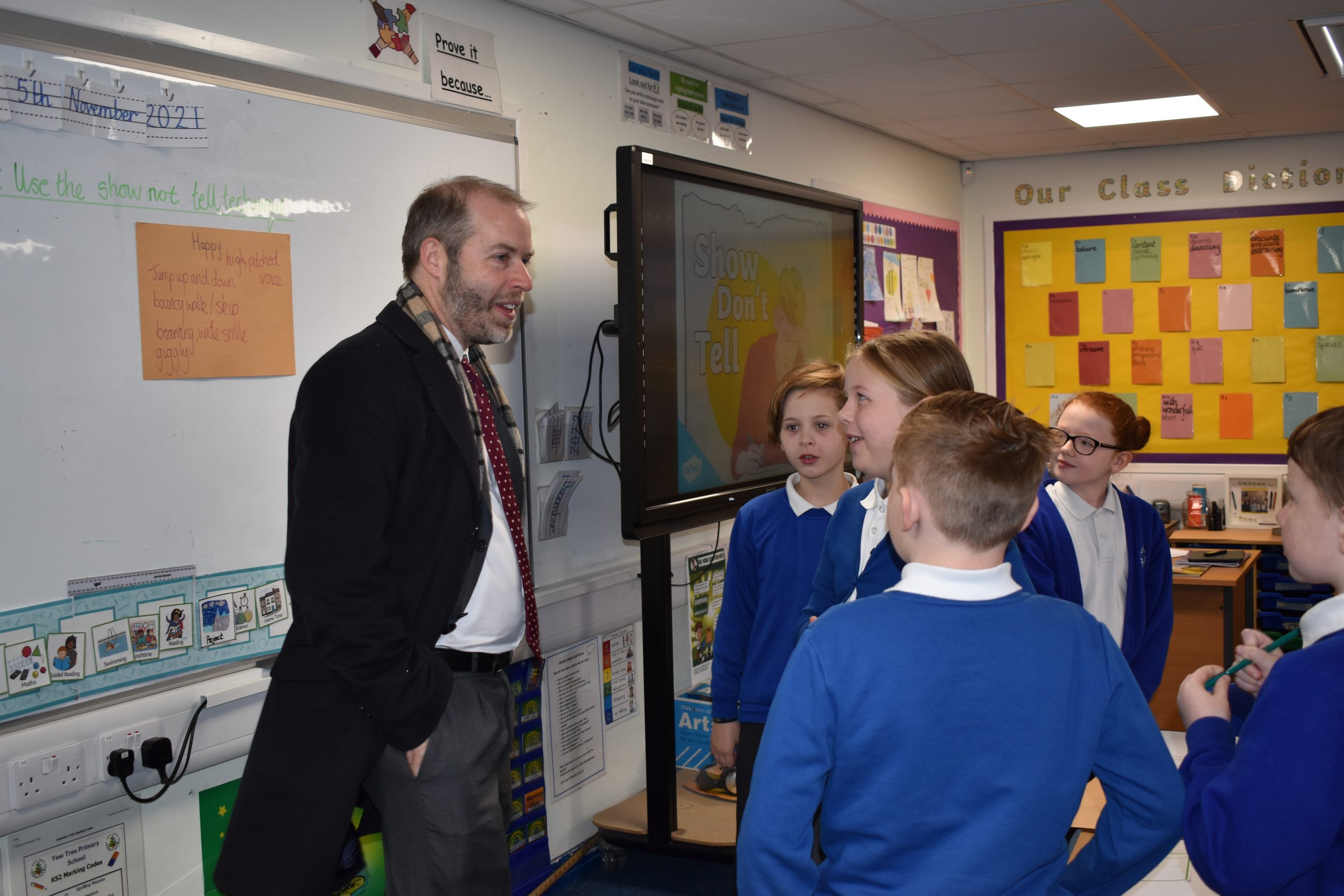 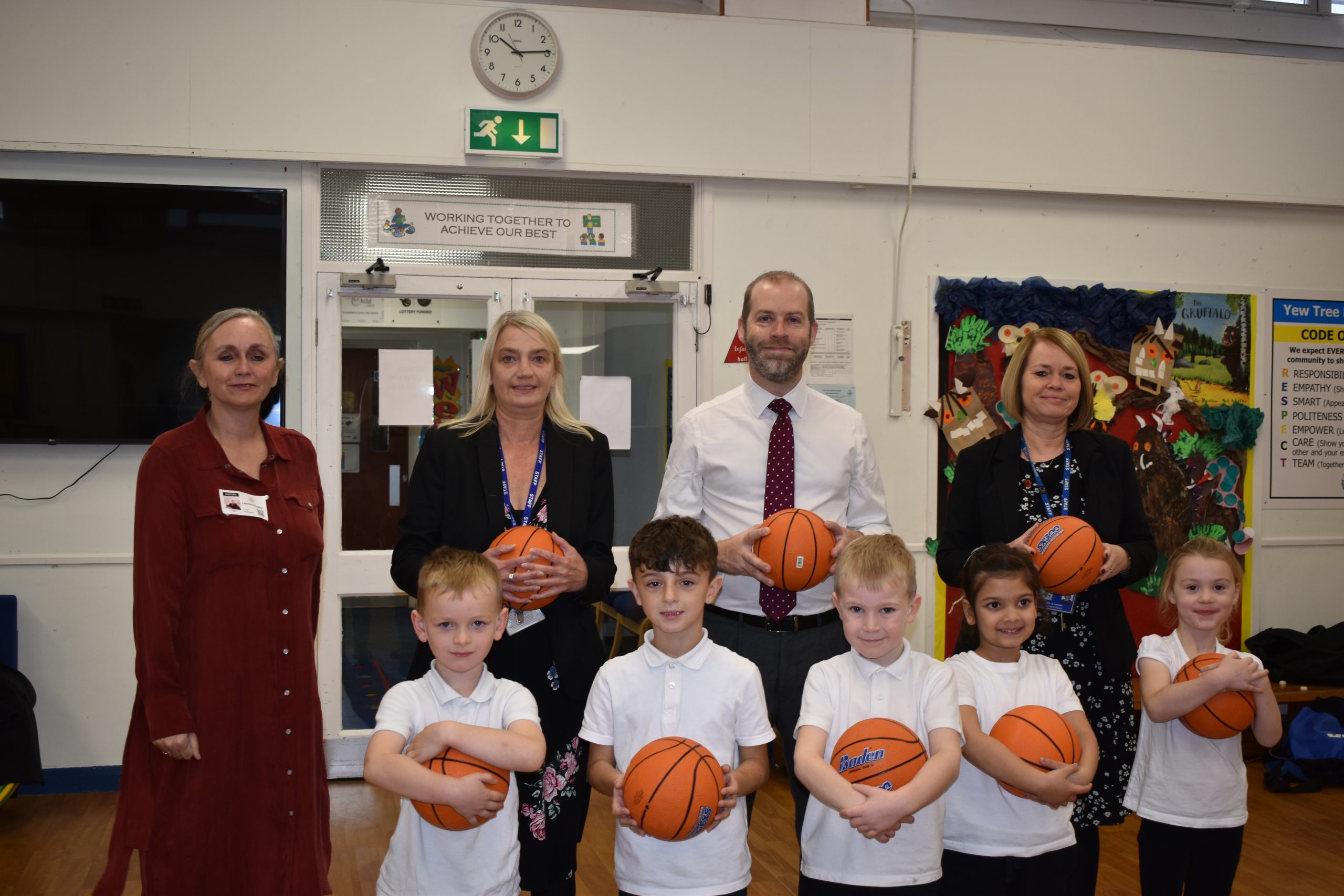 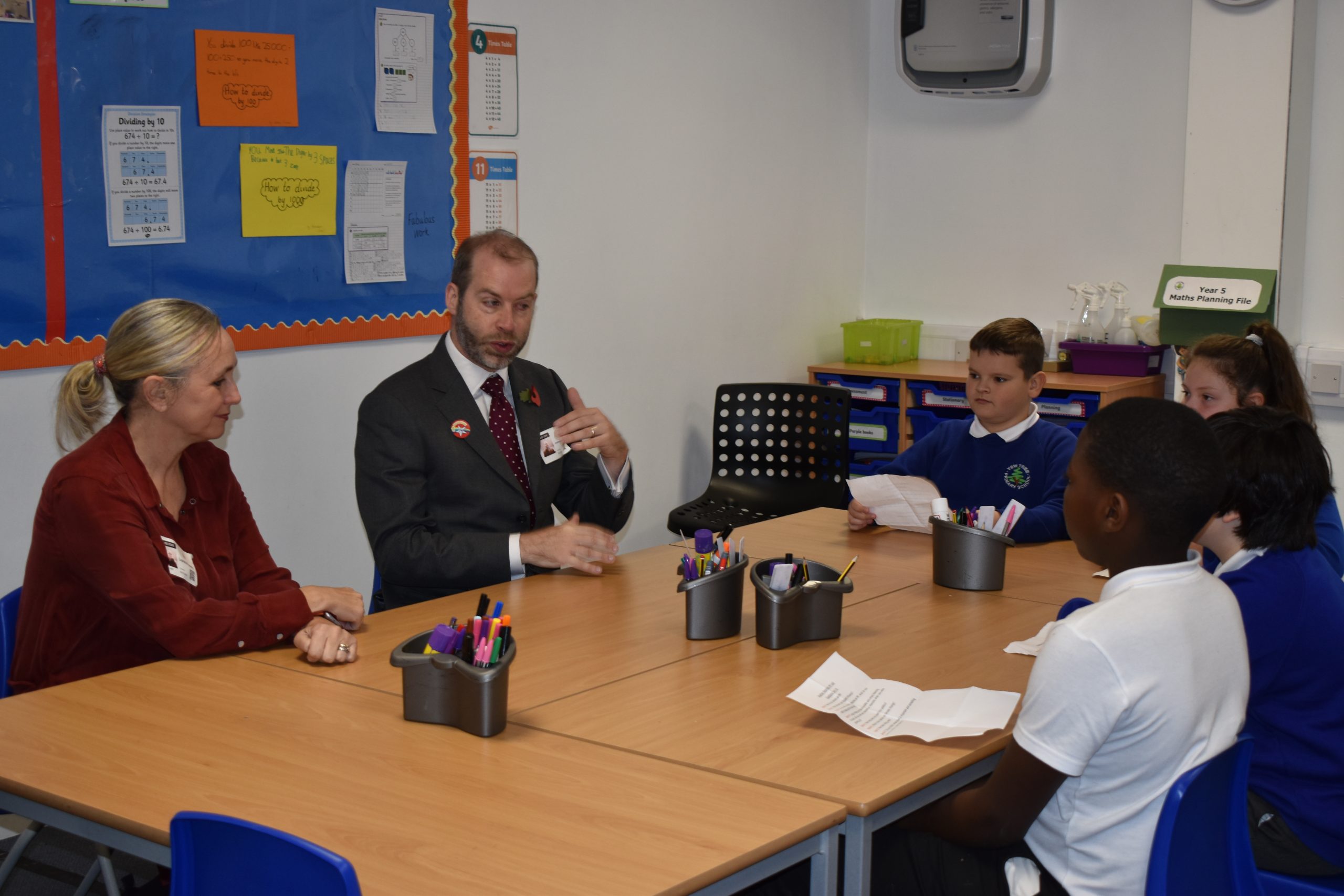