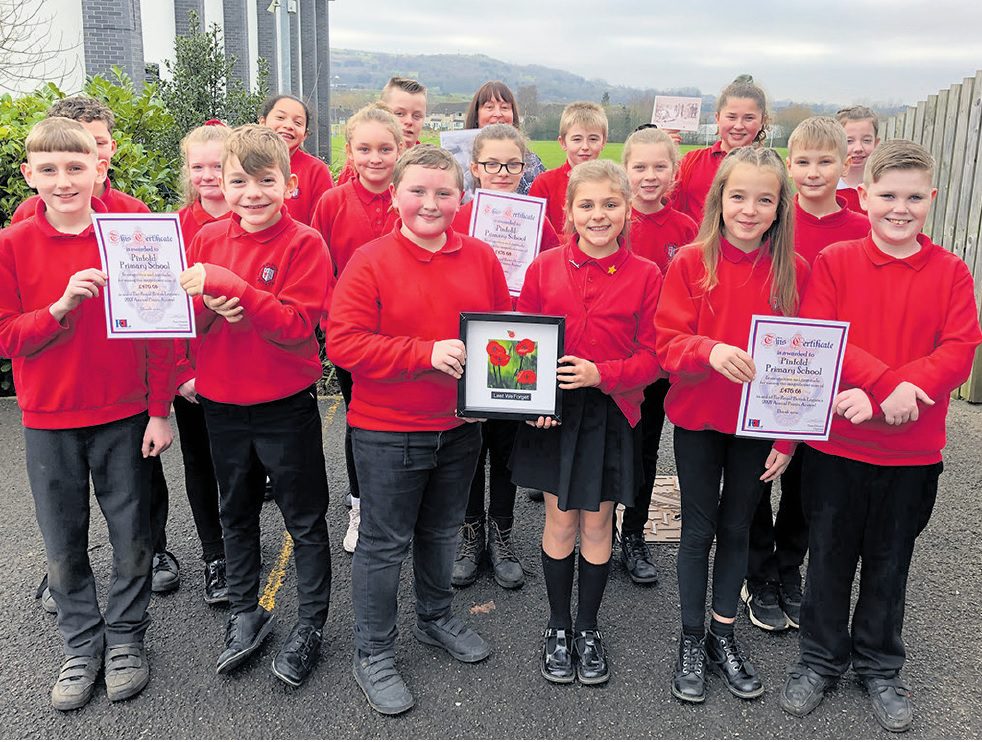 Pinfold Primary School pupils in Hattersley have presented a cheque for £476.68 to the Royal British Legion.

The money was raised following last November’s Royal British Legion Poppy Appeal and received on behalf of the RBL locally by Peter Edwards, Chairman of the RBL Stalybridge and Dukinfield Branch.

Year 6 teacher at Pinfold, Dee Shenton said: “We are really proud of all the pupils at the school raising this sum for the Poppy Appeal. “The children really enjoy and are extremely enthusiastic to show their support for this tremendous cause.

“It is a wonderful opportunity to align the appeal with their learning, as during Year 5 and 6 the children research and learn about World War One and World War Two.

“We have a wonderful view of the cenotaph on top of Werneth Low from our classrooms/playground and Year 6 visit this (Covid dependant) to learn about the 710 men who gave their lives during World War One from Hyde.

‘It is also an opportunity for the younger children to develop awareness of the reason why this appeal occurs.

“Engaging our children with knowledge of the sacrifice these men and woman through the curriculum and quality literature (for example Michael Morpurgo:

The Best Christmas Present In The World) will ensure our veterans will never be forgotten.”

The money was raised through the sale of poppies and also wrist bands throughout remembrance. “The children worked really hard and they have all been involved and so enthusiastic across the school. The amount they have raised is to be commended and we have a really good community in Hattersley and in the school.

Ms Shenton said she would also like to thank ‘our wonderful RBI. organiser Mr Peter Edwards (Poppy Appeal Organiser Stalybridge and Dukinfield) for his continued support, help and assistance. ‘

Peter has presented the pupils with a special thank you certificate on behalf of the Royal British Legion.